“How can you smell a piece of leather online? How can you look at it and have any idea about its quality?”
– Cherie Geerdes — owner of The Bony Pony 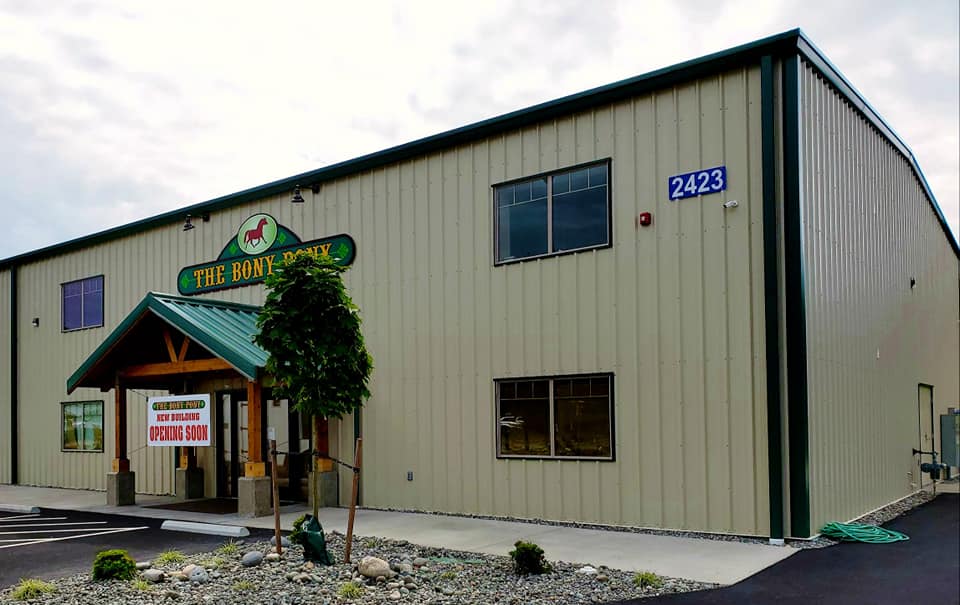 If you don’t believe that timing is everything, you might want to ask Cherie Geerdes about the wisdom of the adage. The Mount Vernon owner of The Bony Pony, a purveyor of all things horse and Western, was just two weeks away from opening her new retail location when the pandemic hit. I remember passing by the store in March, as Meyer Sign was installing its new signage — just as the first lockdown went into effect to “flatten the curve” — and thinking, “This can’t be good.”

So here we are, eight months later…and The Bony Pony is still here as well, but in an enhanced form. You might say it has gone from a spritely canter to a full on gallop. In fact, if you subscribe to the local newspaper you’ve probably seen a prominent print ad promoting “Saddles, Tack, Western & English Apparel, Western Boots, Belts, Purses, Breyer Collection.” And while the store continues its online retail operations, it is also preparing for a major Black Friday sale that will extend through Sunday, November 29.

Once the new Bony Pony location opened its doors for masked and socially distant shoppers, I knew I had to write a story about it — and not just because Cherie Geerdes’ is a Meyer Sign customer. What I really wanted to know was how a local business has so far managed to survive a public health crises that has shuttered so many other retailers.

This story is an answer to that question. It’s an answer that I’ve let Cherie Geerdes tell in her own words as she shares her history and that of her nearly three decades old store. As it turns out, while timing is no small ingredient when it comes to business success, another ingredient can be found in yet another adage: “you make your own luck.” To be sure, Cherie Geerdes would probably be the first person to tell you that she and her business have been blessed — but a large part of that blessing has had more to do with faith, hard work, and conviction than with random chance or fickle fate.

This is Cherie Geerdes’ story — the story of a horse girl who became a horse woman and the owner of a store for horse people. It seems appropriate to be publishing this on Thanksgiving, since one of the things we have to be thankful for is the perseverance of our local businesses and their contributions to what makes life in the Magic Skagit so magic.

Story of a Horse Person

I was born in Seattle and raised in Friday Harbor, and have been in horses kind of all my life. My mom had horses. I got my own horse at 13 and started showing at that age, and just continued to progress to different horses and continued to show. Even through college I did some of that as well.

Click to continue reading about Cherie and how The Bony Pony comes to be.